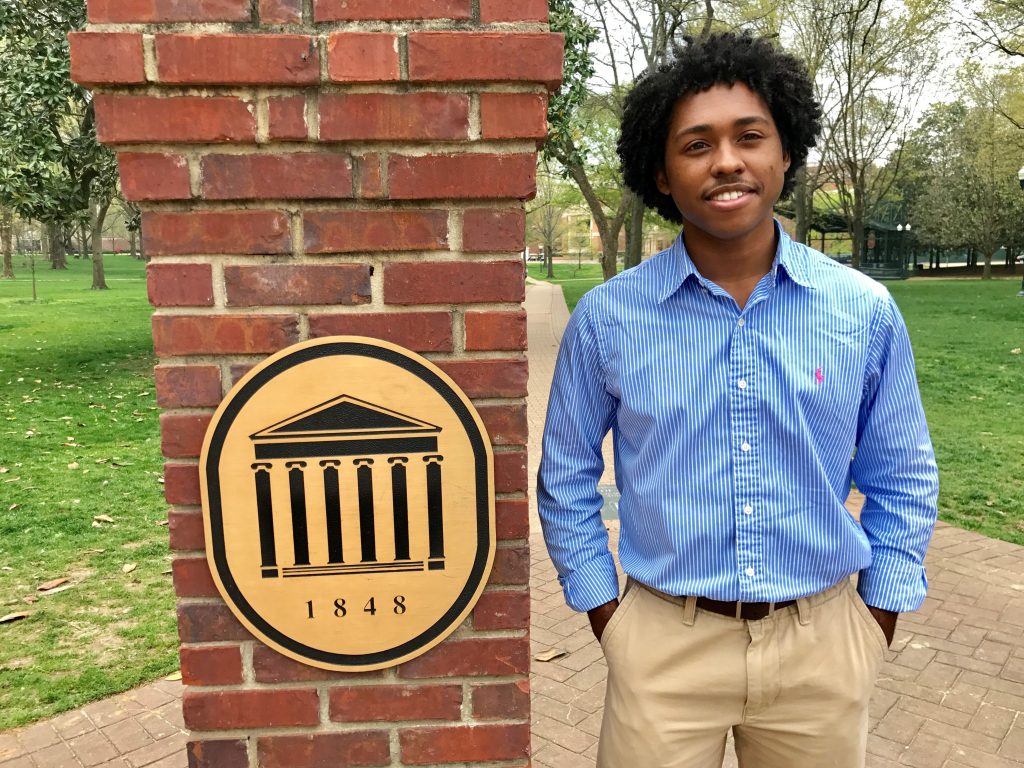 For as long as he can remember Jontae has loved science. Photo by Brittanee Wallace

Jontae Warren hears the soft voice of his grandmother wishing him a good night. Moments later, tiny footsteps make the wood floor creek as an exhausted pre-schooler sneaks into the kitchen. He grabs his bedtime essentials: milk, cookies, and a Bill Nye the Science Guy picturebook.

Although his late night readings have cultivated into the reading level of a junior pharmacy student, the common theme of his passion since boyhood is simple; A love for science.

A Booneville, Miss. native, Jontae, has been attending the University of Mississippi every summer since he was in the 8th grade.

“Ever since I grew up I always knew that I wanted to be something in the science area. It started out very general when I was little I would say, I want to be a scientist, mix something, invent something, but then as I got older I started being more specific,” Warren said.

As a young boy, Warren wanted to be a gastroenterologist, but as he learned more about the duties of that career his interest shifted to genetics. Having another change of heart, he decided upon his current major as a pharmacist because he could still help people absent the responsibility of surgery.

“ Well when I started coming to summer academy I was going into the 8th grade, after my junior year of high school I came to summer college, and then jump start and it just so happened that the major I decided to go under they (Ole Miss) had one of the best ones.”

With such a high level of campus involvement and academic responsibilities Warren says that Grove Scholars has played an integral part in his success at the University of Mississippi.

“Grove Scholars is a community, I have people that I can talk to if I have an issue or an accomplishment to share. Gray (Grove Scholars advisor) is very good at having people come and speak to all of us. He tries to find someone that is geared toward all of our majors to help us see what is out there in the world.”

Warren looks forward to exploring the pharmaceutical world as he completes his last semester of his undergraduate degree and continues work on multiple research projects. His white coat ceremony is in August and he knows that his family, friends, and grove scholar cohorts will attend.