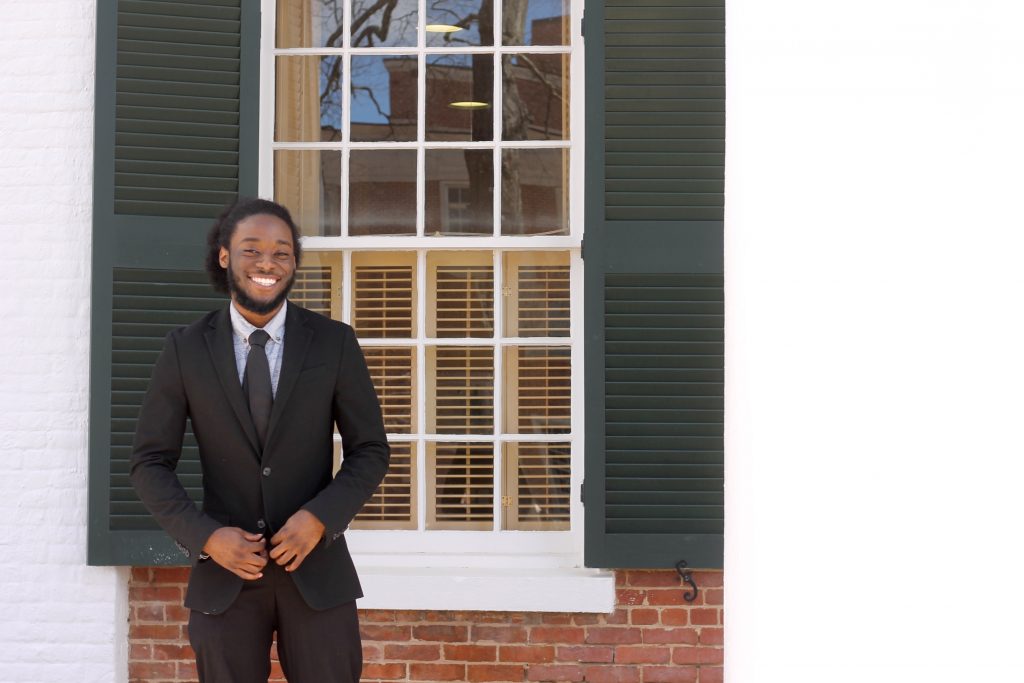 Sitting on the steps of the Lyceum, Rashad Collier reflects on a program that has meant so much during his time at his beloved University.

“The Grove Scholars program is built off of students who are from less fortunate parts of Mississippi, like me.”

Rashad, a junior computer science major from Greenville, Mississippi, started his search for schools thinking he would major in pre-med.

“Being a doctor would make my people proud.”

Then, Rashad received an email from “the Grove Scholars guy” about an upcoming program that provides an opportunity to start college early in the summer. Through Grove Scholars, Rashad was introduced to a lot of people and he learned about other academic programs, where he discovered and ended up seeing his passion was for computer science and that Ole Miss was the place to feed it.

He saw that this passion could thrive at Ole Miss. 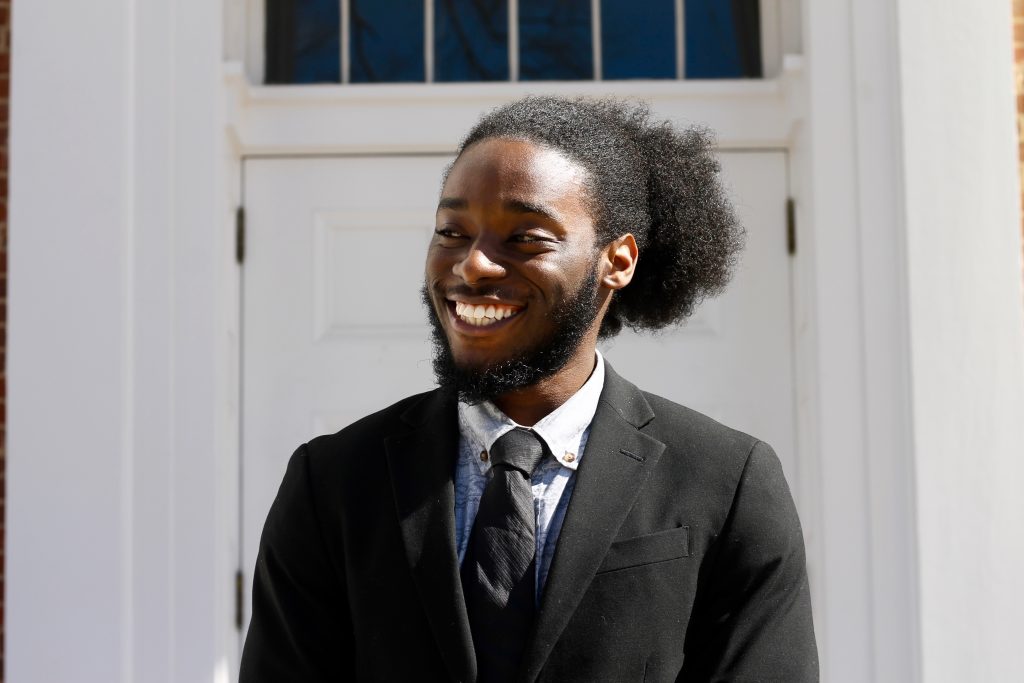 Rashad hopes to utilize his computer science major to pursue a career in video game design.

Rashad is engaged all over campus. All of the scholars are encouraged to be involved, and he has done just that. He is the current President of Grove Scholars, a community desk assistant, a teaching assistant, a community assistant (UMCA) in two dorms, and belongs to Men of Excellence and the Columns Society.

Rashad joined the Grove Scholars in its second year, when the program was getting its feet off the ground with plans and offices. Now, there are three cohorts of Grove Scholars, and he has dreams “to continue to expand the program’s circles.”

His favorite thing about is the community that comes from being a Grove Scholar. He and the other 34 scholars meet biweekly.

“In less-funded areas of Mississippi, like my home, the only things adolescent kids think they have to do is bad stuff — drinking, drugs, guns, etc. They need an escape.”

Rashad says that his video games are the answer. The games will be fun and provide youth with joy, happiness and life lessons that they might not learn from other places.

Rashad has dreams, and the GSP is a big part of them. When the program receives new members, he wants there to always be connections and information that they can utilize.

It is a shared goal for all the Scholars to make the program known around campus. Members are in fraternities, sororities, clubs, organizations, jobs, societies, athletics and more. Rashad speaks about how with the community of GS and how it covers all aspects of campus, they have the opportunity to do a lot of networking and spread the word about the GSP.

The GSP opened windows and doors to life opportunities beyond where he grew up, so now he wants “Grove Scholars to get to the point where we are touching every single part of the campus.”