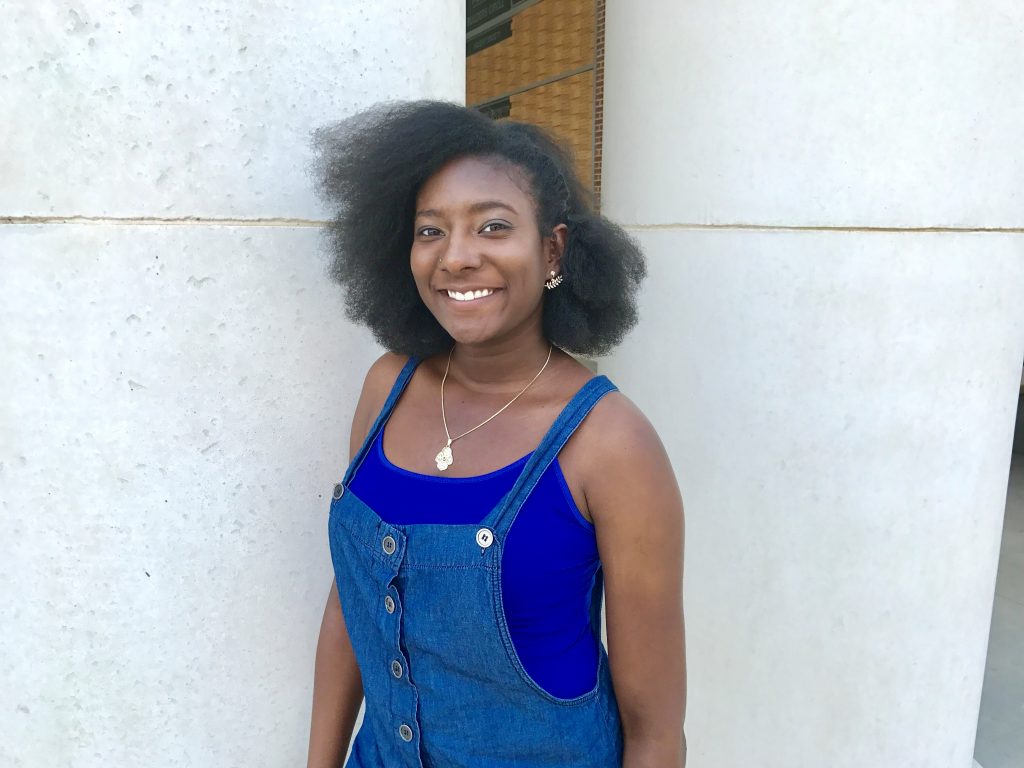 Tiara Mabry’s leadership has established a lasting legacy on the campus of the University of Mississippi. She entered the university with her sights set on pursuing a career that allowed her to promote wellness practices, and established many connections by becoming very involved on campus.

The Tupelo native hit the campus involvement scene confidently her freshman year. Some of her activities include MedLife member, Green Grove ambassador, and University of Mississippi M.O.S.T. Mentor. Mabry says that becoming involved helped enhance her interpersonal skills, but she does encourage future Grove Scholars to assess their time commitments.

She has been invested in Grove Scholars since the summer of 2013 where she served as president. As president, Mabry developed leadership skills and identified resources to assist her in the refining of her interest in patient care.

Mabry is the eldest of her siblings and she cared for them since they were young. She credits her grandparents for instilling her with empathy for people.

Mabry has chosen midwifery as her vehicle for steering patients toward positive experiences with healthcare. Tiara was admitted into the nursing program at the University of Mississippi and will complete this program next July. After receiving her Bachelor of Science in Nursing she plans to pursue a masters degree so that one day she is able to open her own clinic.

Grove Scholars has played an integral part in shaping Mabry’s leadership skills and as vice president of Sigma Gamma Rho Sorority, Incorporated she’s had ample opportunities to exercise them. She encourages young Grove Scholars to establish connections and take advantage of resources offered through the program.