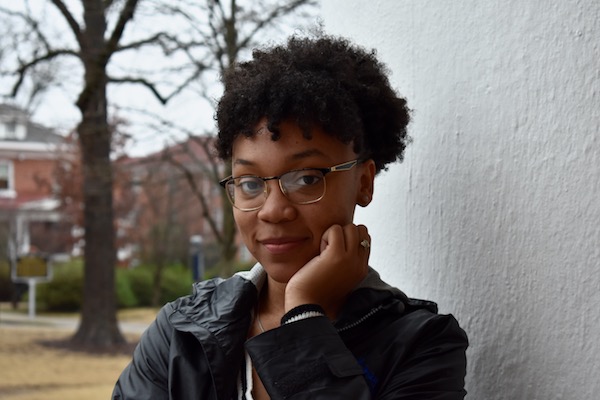 Myrical Taylor grew up in Clarksdale, Mississippi, a small town in the Mississippi Delta where 40 percent of the residents live below the poverty line and where most students who graduate from her high school, Coahoma County High school, remain close to home.

Taylor was determined to change this course. Since she was a little girl, Taylor has wanted to be a nurse, and she loves to travel. She knew that college was her first step. She is so sure of her desire to be a nurse that when she goes to the doctor, she asks for a nurse practitioner.

Coming to Ole Miss was an easy decision for two reasons. First, both of her older brothers graduated from Ole Miss, so it was natural for her to follow their footsteps. Second, Grove Scholars reached out to her during her senior year and asked if she wanted to start college early. She said, “Of course!”

Taylor is now a senior majoring in Psychology, with a minor in Sociology. Her next step is nursing school, which she hopes to enter in the fall.

Taylor graduated from her county’s public high school with 60 other students. She describes her high school experience as enjoyable, but that she did not receive all the resources that many of her peers at Ole Miss received. She feels like she had to work twice as hard as others when she arrived at Ole Miss; but, since her freshman year she has had the resources, the mentors and the encouragement to do the work.

Taylor has traveled often in the past year and had many eye-opening experiences, especially in large cities where she came face to face with many homeless people.

“This made me realize that I want to use my skills and my education to work together with different people in creating facilities to help homeless people. They don’t just need medical help, though. Many need psychological help.”

Taylor never thought that her passion would be homelessness. She now has a different perspective on where her education will take her than when she began her journey at Ole Miss. She wants to help homeless people get off the street, help with their illnesses and help to make their lives better.

The Grove Scholars program has been a great backbone for Taylor. “It has given me a sense of community,” she says. “We all come from the same type of environment.”

She talks about how significant it has been to be a part of Grove Scholars, a small and close-knit community in the much larger community of Ole Miss. From Grove Scholars community meetings to the many resources at her fingertips to one-on-one meetings with Director Gray Flora to the other endless opportunities, Grove Scholars has helped to keep Taylor on her track to success.

Taylor was not used to being a part of such a big place. In comparison, the University of Mississippi and Oxford are much larger than Clarksdale.

“Just like what could have happened to me at Ole Miss, homeless people can be swept under the rug in big cities. I want to help them find their place in their community.”

After graduation, Taylor will head to Memphis, TN where she will enroll at the University of Tennessee Health Sciences’ Accelerated Nursing program.